Shredding means playing fast, precise guitar solos with a high level of skills. In this article you will learn how to shred your Guitars with 5 Guitar Shredding Exercises.

What is guitar shredding?

Guitar shredding is a term used to describe a fast and virtuosic style of playing the guitar. It is often associated with heavy metal and hard rock music, but can be found in a variety of genres. Shredding involves playing fast, precise guitar solos with a high level of technical skill. In this article, we’ll take a closer look at some techniques and will learn 5 Guitar Shredding Exercises.

How to Learn Guitar Shredding?

First and foremost, it’s important to have a solid foundation in basic guitar techniques such as alternate picking, legato, and tapping. These techniques will form the basis for your shredding skills and allow you to play fast, clean, and precise. It’s also important to practice your scales and arpeggios to build up finger strength and speed.

How do you learn how to shred on guitar?

One technique that is commonly used in shredding is alternate picking. This involves using a down-up motion with your pick to play each note, rather than using a single picking direction. Alternate picking allows you to play fast and fluidly, and is essential for playing fast runs and legato lines.

Legato playing involves using your fingers to play notes, rather than a pick. It can be used to create smooth, flowing lines and can be incorporated into your shredding style to add variety and expression. Tapping, on the other hand, involves using your picking hand to play notes on the guitar neck. This technique can be used to play fast, fluid lines and is a staple of many shred guitarists’ styles.

In addition to these techniques, it’s important to work on your finger independence and control. This involves being able to play different patterns and phrases with each finger, rather than relying on a single finger or hand to play all of the notes. Finger independence allows you to play more complex phrases and patterns and is essential for advanced shredding.

Another important aspect of guitar shredding is phrasing. Phrasing refers to the way you arrange and play your notes, and it’s what gives your solos personality and character. It’s important to practice phrasing and try to come up with your own unique ideas and approaches to solos.

Guitar tapping is a technique often used in shredding, which involves using your picking hand to play notes on the guitar neck. It is performed by using your picking hand to “tap” the strings at specific frets, creating a percussive sound. Tapping allows guitarists to play fast, fluid lines and is a staple of many shred guitarists’ styles. It is often combined with alternate picking and legato techniques to create intricate and expressive solos. Tapping can be challenging to master, but with practice and dedication, it can be a powerful tool in a shredder’s arsenal.

Finally, it’s important to practice, practice, practice. Shredding requires a high level of technical skill and muscle memory, and the only way to build these skills is through consistent practice. Start by working on short phrases and patterns, and gradually build up to longer and more complex solos.

In conclusion, guitar shredding is a challenging and rewarding style of playing that requires a solid foundation in basic techniques, finger independence, and phrasing. With consistent practice and dedication, anyone can learn to shred like a pro.

There are lots of other guitar technique that you can learn and apply on your Shredding however those are some essential technique that are most commonly used by shredders.

This one string phrasing method often used by neo classical players , for example the biggest name we can tell is Malmsteen. Its a lick in harmonic minor scale.

Another method that called “Pedal Point”, Used by a lot of neo classical players.

Another pedal point but from one string to multiple strings this time.

This is a lick from Arpeggios from hell by Malmsteen.

Another pedal point but in open string. This technique often used by Michael Romeo (Symphony X), John Petrucci (Dream Theater). I used this techniquest in lot of my songs as well (Though i am not famous like them :P)

In next episode i will create another 5 Guitar Shredding Exercises with few more techniquest. Stay tuned : ) 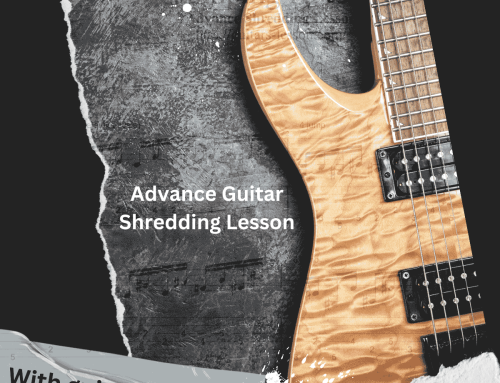 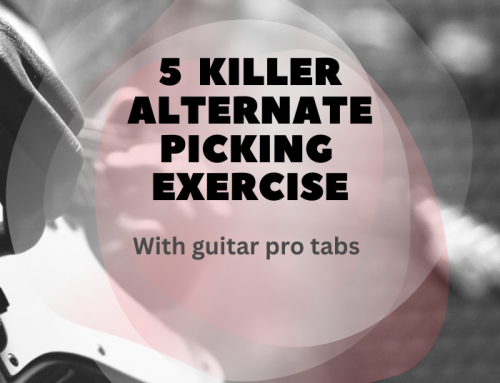