What Strings Do You Use? Rusty Cooley

Do you have a type of pick that you can’t live without?

I use Jim Dunlop Extra Heavy Gel Picks. This is what works best for me. I have tried all of the others but always come back to this one.

If you had to give up all your pedals but three, what would they be?

Well I have a brand new signature overdrive just released by Pro tone Pedals simply called the Rusty Cooley Overdrive. I can’t live without that one of course, for obvious reasons -LOU And to be honest I really don’t need anything beyond that.

Do you play another instrument well enough to be in a band?

Yeah I could fake it on bass. Never done it but it could be done-it would be fun to bust out some shredding bass!

If a music chart was put in front of you, could you read it?

Yes! I don’t have to do it often but I have in the past. I used to have to read every day-I was never a good sight-reader but I could do it.

Do guitar cables really make a difference? What make are yours?

Yes, they do, but I’m glad my ears are not that sensitive. I hate hearing everybody whine about crap like that-it’s good enough for me to plug in and go.

Is there anyone’s playing (past or present) that you’re slightly jealous of?

No, I don’t get jealous when I hear other players kicking my ass. I get motivated to get in there and practice more inspiration, and a good butt-kicking every once in a while makes you better.

Your house/studio is burning down: which guitar do you salvage?

It would be my very first Rusty Cooley signature model seven-string by Dean Guitars. Why? Because it was the very first one made and Dean Guitars was the first company that believed in me enough to build a guitar 100% to my specs. This guitar is amazing!

What’s your favorite amp and how do you set it?

What kind of action do you have on your guitars?

I like it very low, to the point of buzzing.

I have learned to play the guitar so you can’t hear the buzz -I can play around it, if you know what I mean.

What strings do you use?

This Interview Taken In August 2009 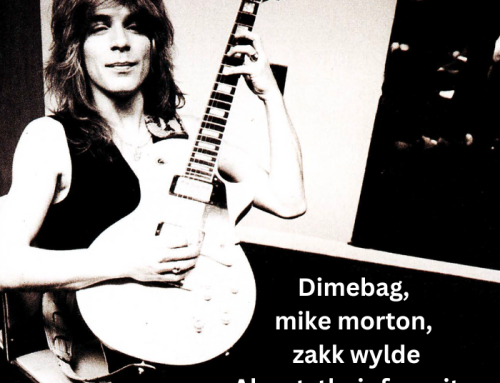 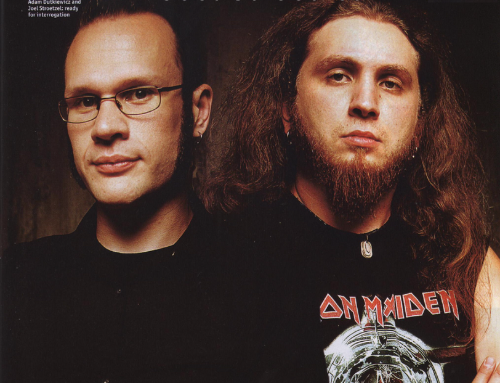